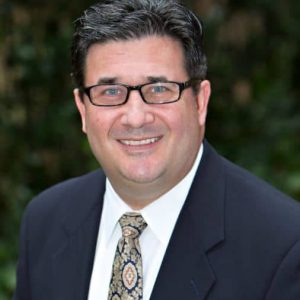 Arctic Cat has recently been awarded damages of $46.7 million in its case against Bombardier Recreational Products, Inc. (BRP), an award that is more than triple the $15 million the jury awarded Arctic on June 1st.

The judge’s decision to increase the amount of the award was based on the determination that BRP “willfully” infringed two of Arctic Cat’s patents.

To enhance the safety of personal watercrafts, Arctic Cat invented an “off-throttle” mechanism that allows watercraft enthusiasts the ability to utilize a “temporary steerable thrust.” The new mechanism helps riders avoid injuries and fatalities by giving them back control over their watercrafts.

The technology entitled, “Controlled Thrust Steering System for Watercraft”, was awarded 2 patents from the US Patent and Trademark Office.

The decision to treble damages was made available recently, in the decision the judge determined that BRP had willfully infringed Arctic Cat’s patent for many years. As a result, the judge more than tripled the jury award given to Arctic Cat.

“We are very pleased with today’s court ruling,” says Christopher Metz, Arctic Cat’s CEO. He continued by saying, “the jury and federal court judge found that each of our patents, in this case, were valid, and agreed that Bombardier willfully infringed on our patents over the course of many years.”

The verdict handed down by the judge and jury is a hard-fought win for Arctic Cat. In addition to the win, the company is currently restructuring their holdings and working diligently to lower dealers’ inventory levels so that the company can once again become profitable. In fiscal year 2015, the Arctic Cat lost nearly $10 million on sales of $632.9 million.  Investors are taking notice, the company’s stock price has recently increased from $1.94 to $17.52.

This case is a prime example of the complexities and risks of intellectual property matters. Graham Rogers and his staff have decades of experience and have been qualified as expert witnesses in various state, federal, and tax courts. They have worked in a wide variety of industries including, but not limited to: the pharmaceutical industry, medicine, high technology, digital services, finances, retail, healthcare services, and the insurance industry. If you are interested in a free intellectual property damages consultation, Contact Rogers DVS today, and Graham Rogers will personally respond to your inquiry.